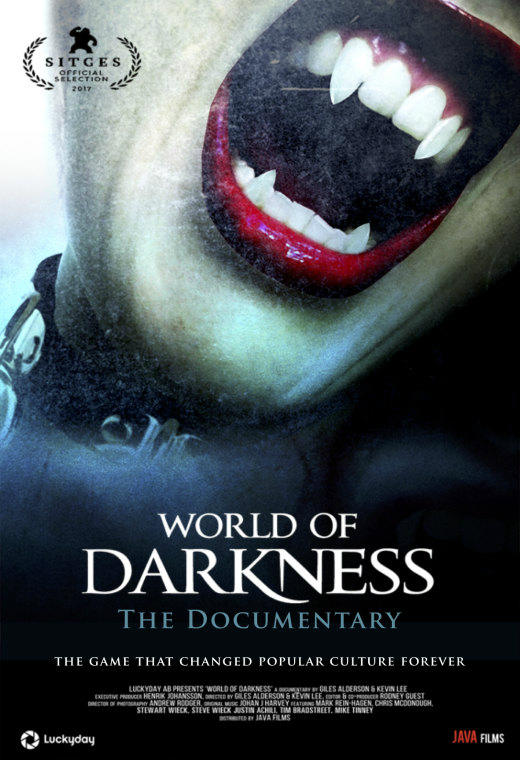 ’World of Darkness: The Documentary’ profiles the cult role-playing games ’World of Darkness’ and ’Vampire: The Masquerade’ that created a phenomenon in the 1990s - a zeitgeist that helped shape and define film, literature, fashion and club culture. They influenced everything from the TV series ’True Blood’ and the ’Underworld’ film franchise to club fashions and storytellling but perhaps their biggest impact was on the fans, whose lives they changed forever. Entertaining and enlightening, this film features exclusive archive of the early days and development of vampire culture. Also includes in-depth interviews with the founders, creators and artists, as well as the fans and notable stars - all of whom helped evolve the franchise into a worldwide phenomenon that continues to this day.
Host a cinema screening