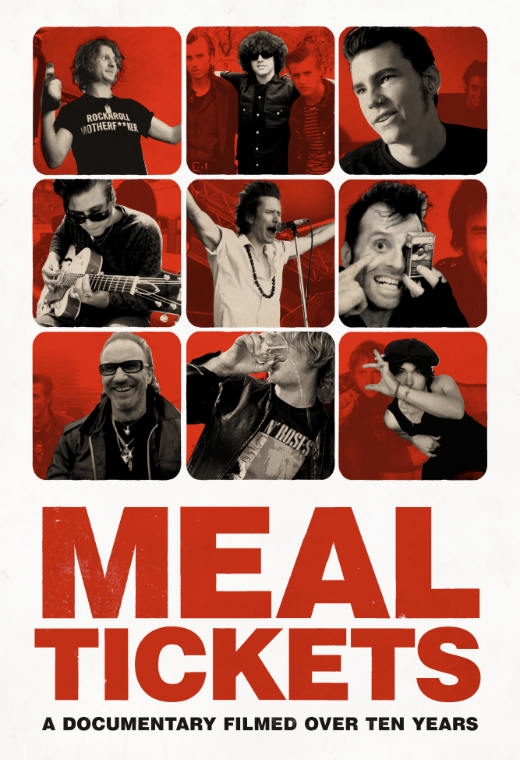 A Rockumentary Filmed Over Ten Years

A documentary filmed over 10 years, Meal Tickets is a cautionary tale of life in the world of modern day rock ‘n’ roll, and its realities vs its aspirations. Director Mat de Koning captures the rollercoaster journey of a young Perth band, the Screwtop Detonators, their manager Dave Kavanagh (an ex-mentor to The Libertines) and their one-time roadie, Will Stoker. Initially ambitious and eager for fame and fortune, their aspirations change over time as they discover the depth of the struggle and sacrifice required to make it in the music industry. It’s not just sex, drugs, rock’n’roll, it’s growing up, masculinity, mateship, relationships and finding your place in the world.
Host a cinema screening