In Cinemas April 22nd 2020
There are no events on sale at this time. I want to see this film
Host a cinema screening 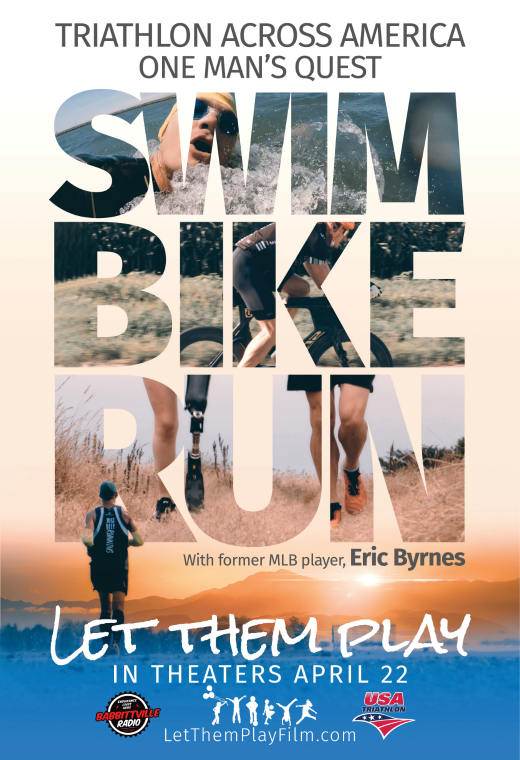 Former MLB player, Eric Byrnes tackles a one-of-a-kind endurance feat in the new documentary film, Let Them Play: A Triathlon Across America. Follow the ups and downs on Byrnes’s quest to swim 7 miles across the San Francisco Bay, ride more than 2,000 miles to Chicago and then run 900 miles to Yankee Stadium in New York City. Blazing a trail for youth physical education reform, Byrnes and his foundation, Let Them Play, showcase inspiring leaders along the journey and raise awareness about youth activity across the country.
Host a cinema screening